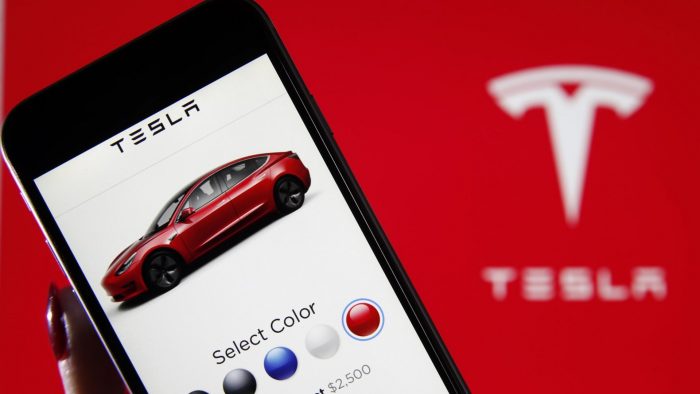 Apple should acquire Tesla – Apple is in search of its next big market. While it can continue to grow by maintaining share in smartphones and cannibalizing PCs with the iPad in the near term, those markets will saturate and no longer support the exponential growth Apple has enjoyed over the past decade.

Televisions are an obvious extension of Apple’s expertise in building computing devices that work well with media and apps, but the entire television market is only $30 billion a year.

Even if Apple captured all of it the resulting growth would be incremental.

In contrast the global automotive market is worth over $2 trillion a year, and capturing a few percent could significantly impact Apple’s top line.

Storing a large amount of energy safely in the smallest and lightest battery is the fundamental challenge in building an electric vehicle, just as it is in building a smartphone or tablet.

Similar lithium-ion battery technology underlies both smartphones and the best electric cars at present, and despite the difference in scale one might expect that innovations in energy storage for automobiles might trickle over to smaller devices and vice-versa.

Autonomous vehicles are robots controlled by artificial intelligence software. In practice they will require an interface between pilot and AI.

Natural language processing will be key to such a system where the pilot occasionally has his or her hands on the wheel.

I look forward to asking Siri, “Check how the Giants are doing, but only if it won’t distract you while you’re driving.” I’m sure she’ll have a snarky reply.

But Tesla is challenging all of that by building a vertically integrated automobile company next door to Apple in California.

The thorn currently in Tesla’s side is operations and manufacturing. Enter Tim Cook.

To take a longer view: the only worldwide market bigger than automobiles is energy.

Renewable sources of energy are distinct from traditional sources such as coal, natural gas, and nuclear in that their output fluctuates with the sun, wind, and waves.

the leap from storing energy in automobiles… I bet Apple and Tesla could make it.

Announcing support for App.net Apple should acquire Tesla A response to Chew's "Catastrophic Outrage" Be a Free User Be a Paid User Build blocks collate.js: Concatenate and minify .js/.coffee and .css/.less Destroyer of Ambition draft.js: Map changes in the filesystem to events on the client From Free to Good to Best Ost and the future of the web qua web Ost to Ost Rethinking the value of Scrabble tiles The Dreaded Self-Narrative What we built with Twitter that now won't fly Why Grad School is Hard You Can Only Go Home Again